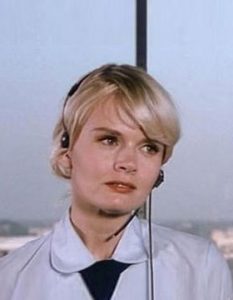 Susanne Zenor (original name Sue Zan Zenor) was born in Louisville, Kentucky on November 26, 1947 and was initiated in Alpha Kappa chapter in Jeffersonville in 1964.  After starting her acting career at the Actor’s Theater in Louisville, she went to Hollywood where she had a prolific career in the 70's.  She is best known for her role of Margo Anderman Horton on Days of Our Lives. Her first features included The Moonshine Wars, Play It Again, Sam, and The Baby, the latter considered by many her most iconic role. The rest of her credited roles consisted of guest appearances in shows like McMillan & Wife, Love, American Style, M*A*S*H, and Barnaby Jones.  She also appeared in ABC's original pilot to Three's Company. She retired from acting in 1980.