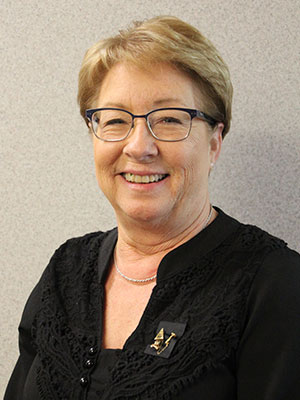 Central Office Manager - Melissa was initiated into Brownsburg Epsilon Upsilon in 1996.  She has served her chapter as Corresponding Secretary, Recording Secretary, Treasurer, Vice President, President, and Adviser.  Melissa joined Central Office as Co-Manager in 2011 after a short retirement from full time employment.  Previously, she had been Material Support Manager for Bombardier Aerospace in Indianapolis for 24 years, followed by a 7 year career as a Client Advocate in electronic game distribution.  Melissa and her husband Brad are the proud parents of three daughters and have nine grandchildren.

Back to Previous Page
« Carol Messmer
Province I »
MAIN MENU