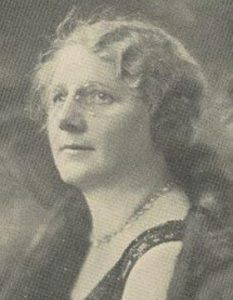 Martha Morgan Leslie was First Lady of Indiana from January 14, 1929 to January 9, 1933.  She was married to Harry Guyer Leslie who was our 33rd Governor. Martha was a member of the Epsilon chapter of Montmorenci (now known as West Lafayette). She was known to host Tri Kappa members for tea at the governor’s mansion and extended the hospitality of the State Mansion for over 700 members during the 20th State Convention which was held at the Claypool Hotel in Indianapolis in April 1929.