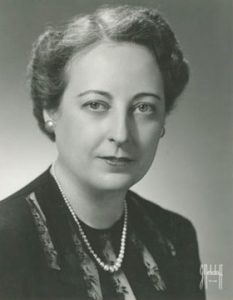 A charter member of the Clinton Beta Nu chapter of Tri Kappa, Enid was the National President of the American Legion Auxiliary. In September 1940 she was elected National President of the American Legion Auxiliary’s half million women members at the national convention held in Boston.  Her election as president came as the culmination of some 16 years of effort in behalf of the auxiliary, as she served in local, state and national capacity as unit president, state president, and chairman of various important state and national committees.