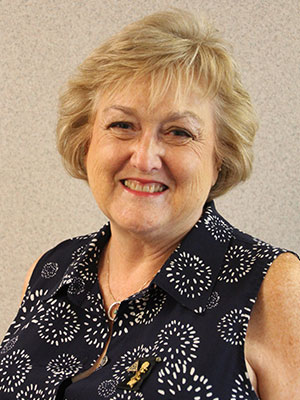 Central Office Manager - Carol Messmer was initiated into the Vincennes Gamma Zeta Chapter in 1977 and is currently a member of the Fishers Eta Iota Chapter. She has served as: Province I Officer (1995-1997), Philanthropy Committee Representative (1997-1999), Centennial Celebration Committee (1999-2001) and Chapters & Charters Committee Representative (2003-2005). Shortly after moving to Fishers, Carol joined the Central Office in 2007. Previously, she was an administrative executive for two organizations and an algebra tutor. Carol and her husband, Jim, have 2 children and 4 grandchildren.